The research paper that my colleagues and I published last year, in which we described both a new genus and species of snake, was recently featured in the Grocott’s Mail. The animals in question belong to a large group of snakes called Psammophiinae, that can be found from the Cape of Good of Hope all the way to Uzbekistan. The work of our group helped clarify many taxonomic problems within the group. This… Read More

At a celebratory function on Tuesday 25 September 2019, I received the Environmental Award (Individual Category) for my contribution to the Grahamstown environmental community through my snake awareness talks, critter walks and school demonstrations. In addition to my certificate I received a very unique and beautiful floating trophy that currently sits atop my shelf in my departmental office. The award was presented to me by Prof Hugo Nel and Associate Prof. Michelle Cocks… Read More

A snake in the grass: Genetic structuring of the widespread African grass snake (Psammophylax Fitzinger 1843), with the description of a new genus and a new species

On Tuesday the 11th of February I did a snake talk at Fort Brown Primary School. The school which can be found 40km from Grahamstown, on the Fort Beaufort Road road, is quaint but lovely. The students were attentive and the setting was nothing short of scenic. The talk was attended by approximately 40 students, ranging from 10 to 13 years of age. Although scared at first, many took the opportunity in… Read More

On the 16th of August, I delivered a snake demonstration for students of Shaw Park Primary School. Although young, the students were incredibly attentive and took every opportunity to ask questions about the snakes on display. At the end of the demontration, almost all the kids took the opportunity to handle some of the non-venomous snakes, some of them for the first time. All in all it was a great experience, and… Read More

On the 16th of August I traveled to Sibuya Private Game Reserve, about 10km from Kenton-on-Sea, and presented a snake talk for the rangers working there. The talk focused on the ‘Snakes of Albany’ and discussed snake biology, snake identification and snakebite treatment. The talk was well received and was followed by a short snake handling tutorial, in which I showcased the correct management strategy for problem snakes. Following this, all the rangers… Read More

On 14 August, I delivered a snake talk to Grade 9 learners at Victoria Girls High school. The aim was to expose the girls to the amazing world of reptiles, and more specifically snakes. The talk ran for 30 minutes and consisted of general information about Grahamstown reptile diversity, followed by a short breakdown of snake biology and the common snakes of the area. The talk was followed by a 15 minute… Read More 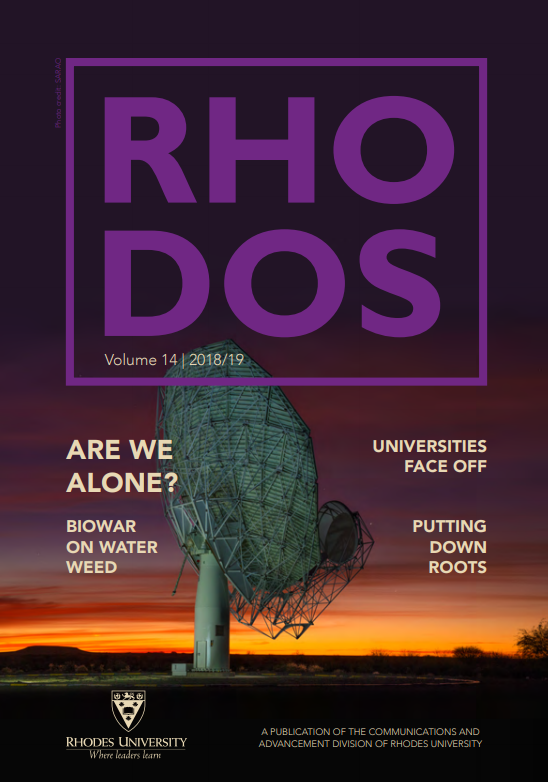 Last year I was interviewed by Anima McBrown in connection with my snake-related work in and around Grahamstown. The result was this awesomely written article in this years edition of the Rhodos Magazine. The publication is dedicated to the communication and advancement of Rhodes University, and I am very proud to feature in it. You can find the article in the attached PDF Document. Click to access RHODOS_WEB_FINAL_72ppi_high.pdf

On the 27th of July 2019, I did a snake presentation for members of the Grahamstown Garden Club in Grahamstown. The talk was well received with people eagerly asking questions throughout the talk. I spoke about the common and endemic species of snake found in the Albany area, and what to do if one encounters a snake in their daily lives. In addition to detailing the snakes of the area, I also… Read More 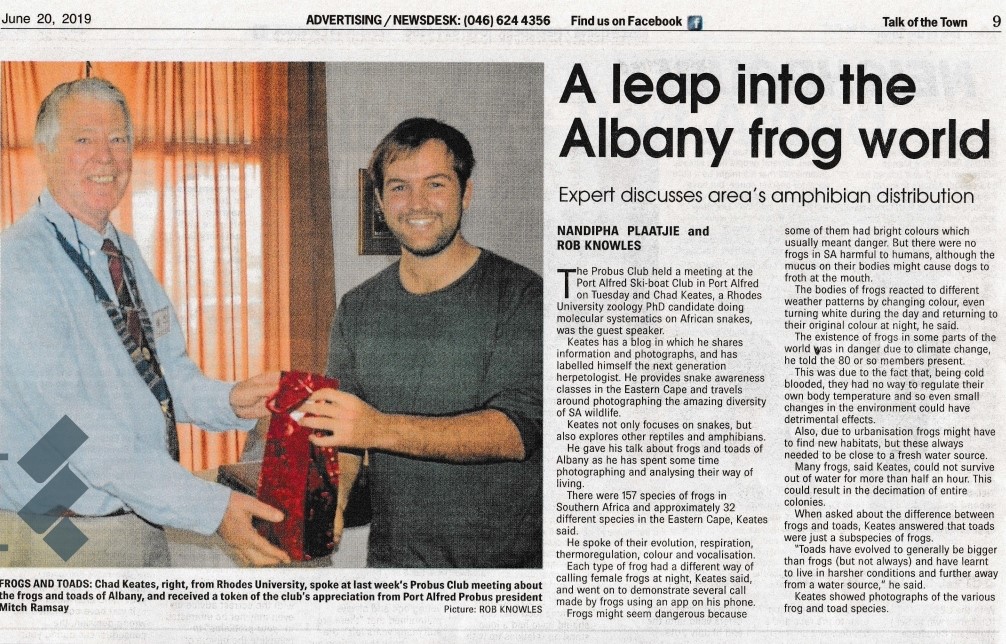 During mid-June I ventured coast wards to do a frog talk for the Probus Club, at the Port Alfred Ski Boat Club. The talk was incredibly well received with over 80 people attending on the day. In addition to the members of the club, the talk was also attended by Talk of the Town (Local Port Alfred newspaper). In the talk I discussed basic frog biology, behavior and the threats that face… Read More 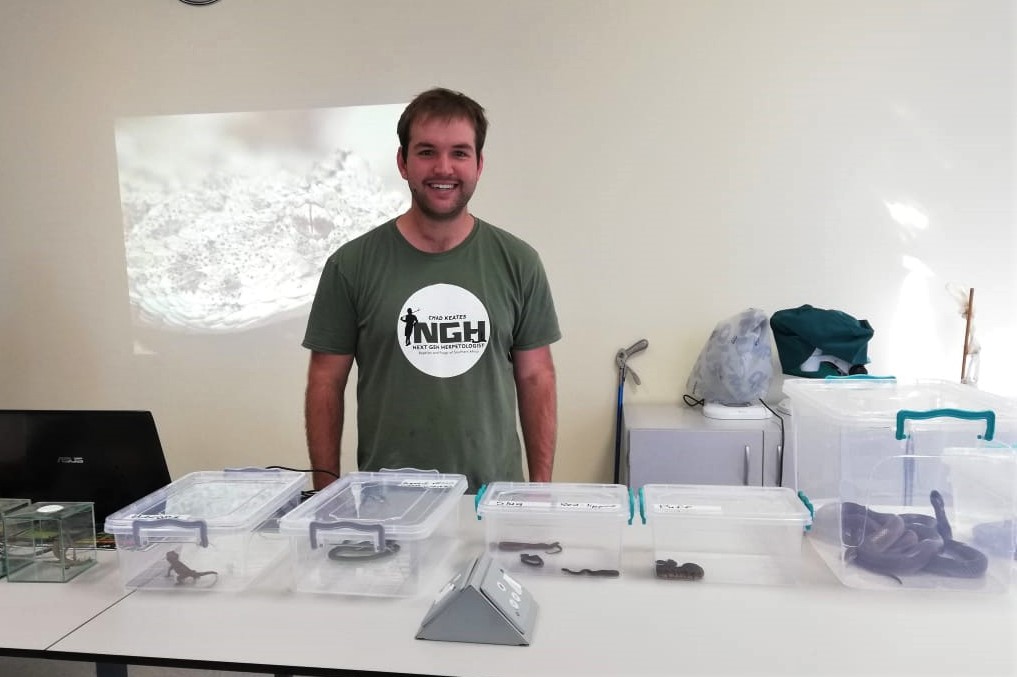 On friday the 10th of May, I set up a stand at the Science Open Day, hosted in the Rhodes University Life Sciences Building. I represented the field of Herpetology alongside several other members of the Zoology and Entomology Department, whom showcased their respective fields (Ornithology, Mammalogy, Biocontrol etc) on the day. The event was also attended by members from all the other departments in the Science Faculty. The event was geared… Read More 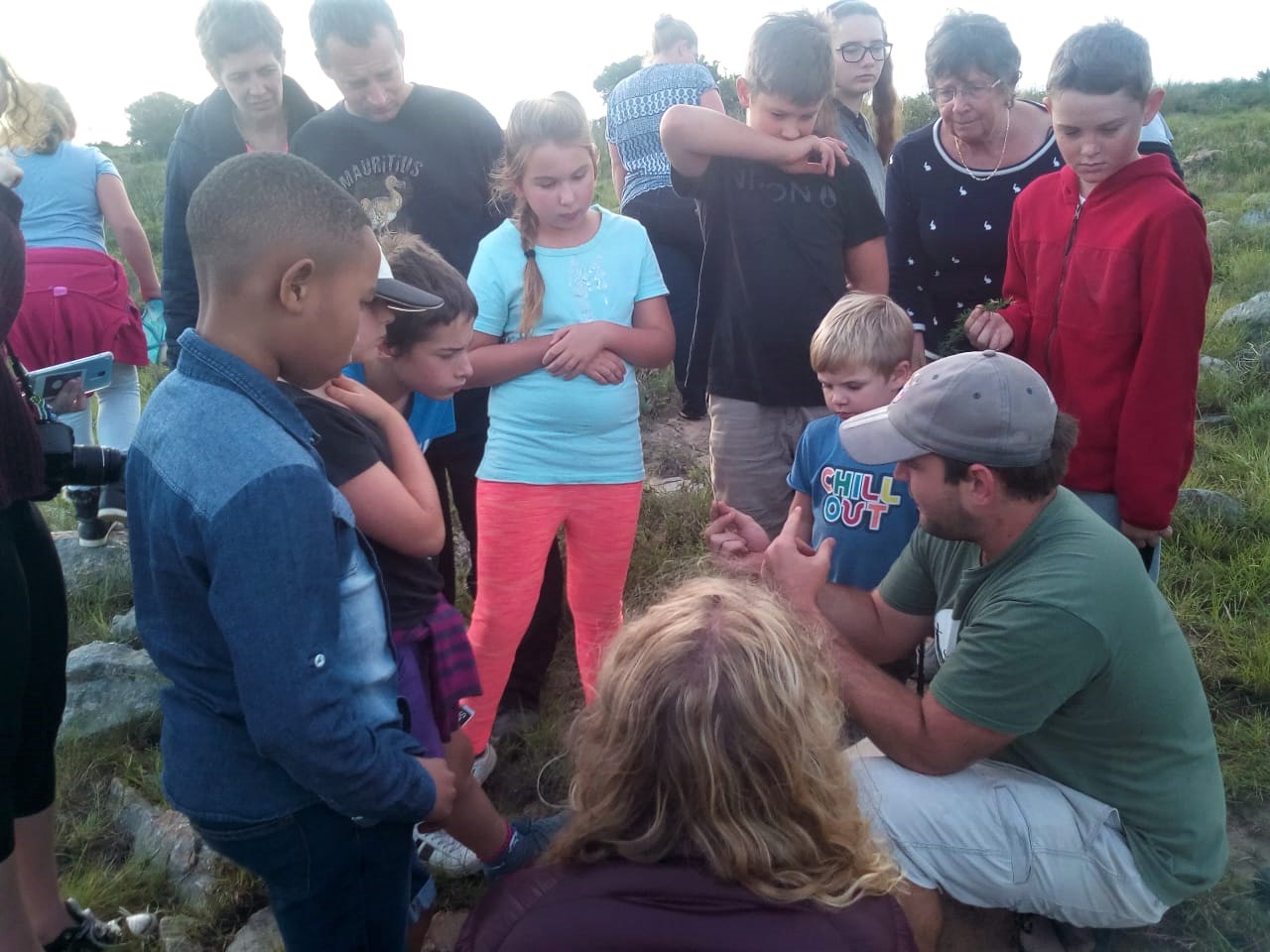 On the 5th of May I hosted the second ‘Critter Walk’ of 2019, for a record breaking crowd. Unlike previous ‘Critter walks’, everyone who attended had to pay a small fee, which was donated to two Rhodes athletes in a effort to raise funds for their Taekwondo World Championships, in Brazil, later this year. Everyone met in front of the Life Sciences building and they were treated to a 45 minute snakes… Read More

On the 8th of march 2019, I attended the WESSA/ Grocott’s Mail #CelebrateNaturalHeritage Bio-Bash and Photo Walk at the Makana Botanical Gardens (part of Scifest 2019). The day was designed to teach the youth of Grahamstown about the amazing wildlife that surrounds them. It also aimed to ignite some creative flair through encouraging artistic expression through photography. My colleagues and I helped out by guiding the students through the gardens and helping… Read More

On the 12th of February 2019, I did a snake presentation for members of the Port Alfred Garden Club at the Port Alfred Gold Club. The talk was well received with over 50 people attending on the day. I spoke about the common and endemic species of snake found in the Albany area, and what to do if one encounters a snake in their daily lives. In addition to detailing the snakes… Read More

Last year I was featured in an article by Oppidan Press, written by Kate Matooane. the article focuses on my ‘critter walks’ and the impact that they have on the people who attend.

On Tuesday the 12th of June, myself and Dr Shelley Edwards presented a snake demonstration for members of the Kingswood College Environmental Club. The demonstration was well received and after a short introduction, most students took the opportunity to handle the snakes on display. It was a great time spent with some enthusiastic students, and I look forward to my next talk at the school.

In March of this year, I played my final game of the season for Manley Flats Cricket Club. The teams consisted of a mix-match of both first team and second team players and was great fun for all involved. Although I spend much of my time buried in the world of herpetology, I do take breaks every now and then to do the other things that give me joy. One of those… Read More

On Sunday the 18th of march I hosted a private snake ‘walk and talk’ for the nature club of Graham High School. Although it was intended as a two part event, only the talk took place because of the bad weather conditions. Due to the cold weather, and the intermittent thunderstorms, we were unable to go out and explore the wilder parts of Grahamstown, in search of reptiles and frogs. Nevertheless, the… Read More

This list contains all the water snakes that can be found in and around water in the Grahamstown area. As the names suggest, this means that these snakes are usually found in close proximity to water because of their diets that mostly consist of frogs, tadpoles and fish. Although not as closely related to water as the other snakes on this list, the red-lipped herald has been listed at the end because it is closely associated with… Read More