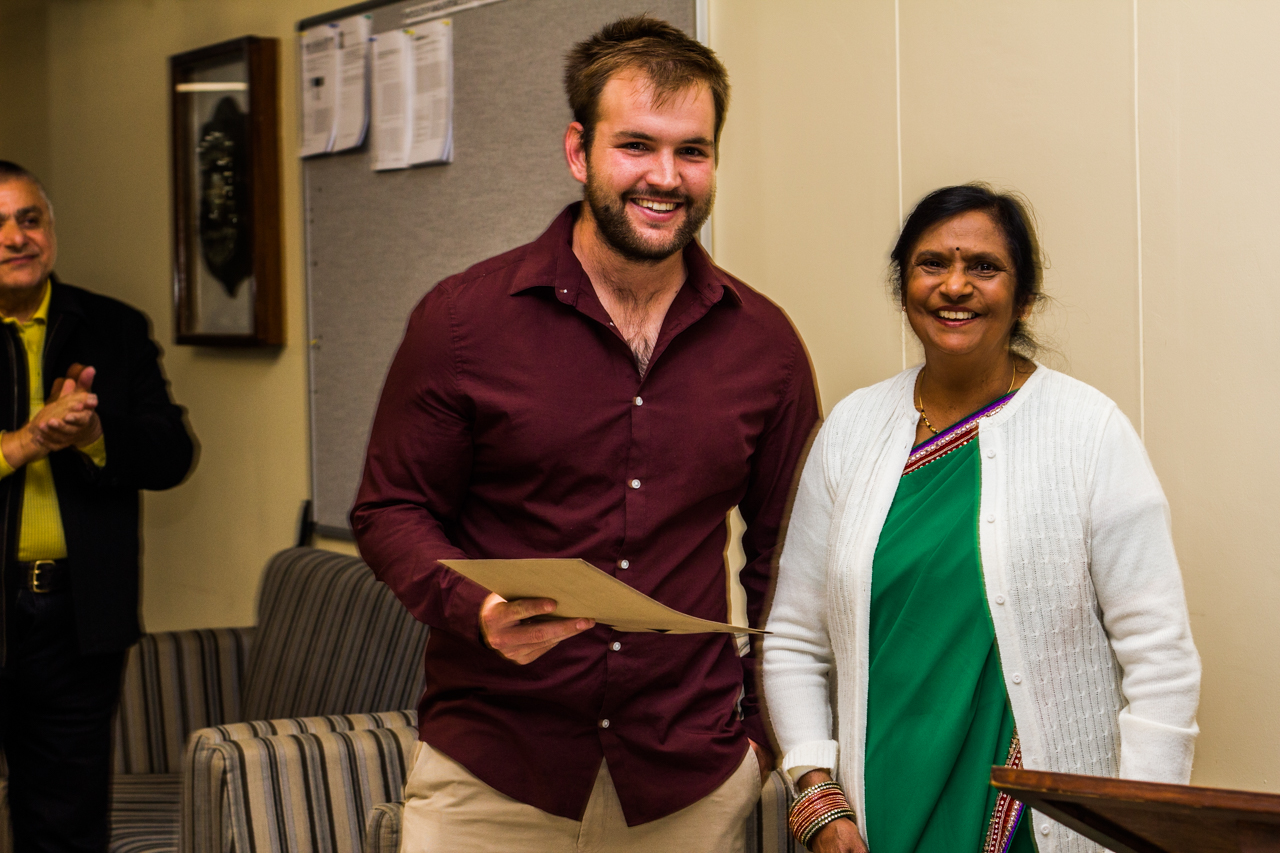 On the 19th of October I was very fortunate to receive the inaugural D&J Ranchhod Bursary in honour of the late Mr Dale Ranchhod, a long-serving member of the Zoology & Entomology Department. I received the certificate from Mrs Jasu Ranchhod at a formal function held in the Department foyer. I was nominated for the award by members of the academic staff making the award an incredible honour.

After the formal ceremony I spoke to members of the family and discussed snakes, snakes and more snakes.  Warm thanks goes to the Department and to the Ranchhod family for considering me for this prestigious award. 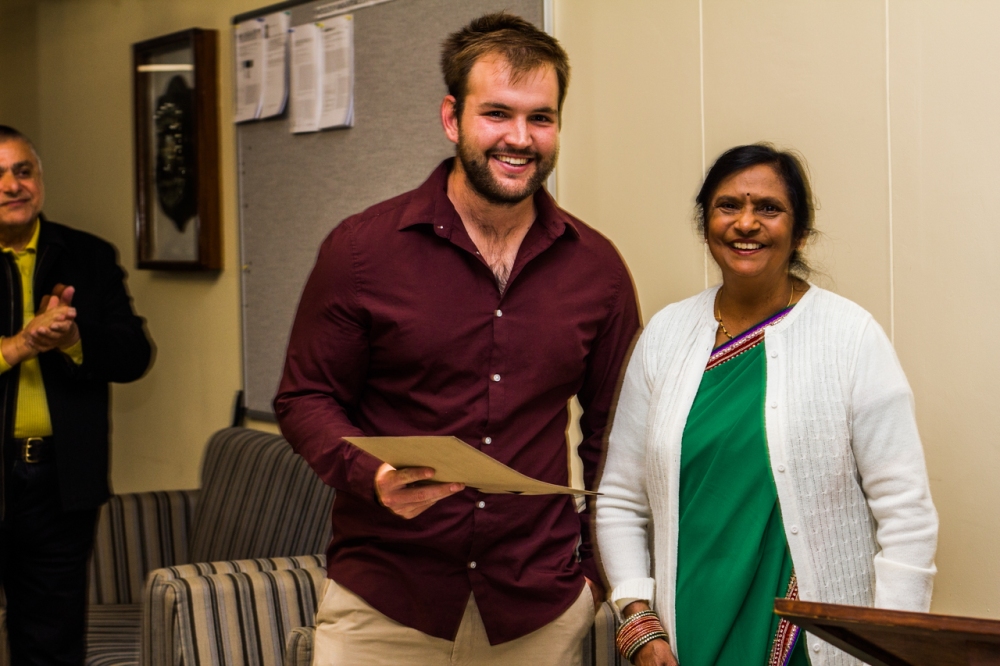