On the 12th of October I accompanied EOH (Coastal and Environmental Services) to Peddie to do an informal talk on snake awareness for workers of the Eastern Cape Roads Service. In Peddie, work is underway to improve the road infrastructure of the area. Unfortunately, human-snake conflict is high due to the remote and wild settings the workers find themselves in. I was called in to help mitigate the conflict by teaching the road workers about snake awareness and what to do if one encounters a snake.

The talk was held in an abandoned class room and due to logistical issues, I ended up having to do the snake talk without a projector or any visual aids, other than the snakes themselves. I started off by talking about snake biology, this was followed by basic snake identification, and lastly, I discussed snakebite prevention and treatment. The talk went very well and it was clear form the response of the crowd that I had put many of their minds at ease. At the end of the talk, I showcased several of the snakes that they were likely to come across in their daily work. Thanks goes to EOH for giving me the opportunity to talk to the workers, thereby reducing human-snake conflict in the area. Photos courtesy of EOH. 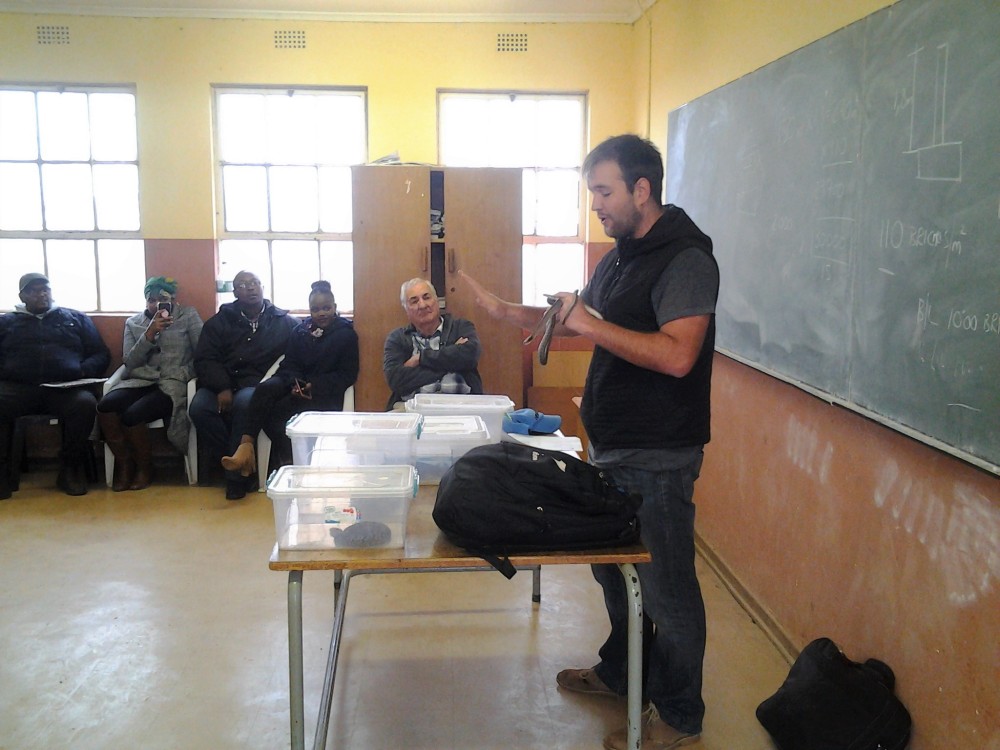