In March of this year, I played my final game of the season for Manley Flats Cricket Club. The teams consisted of a mix-match of both first team and second team players and was great fun for all involved. Although I spend much of my time buried in the world of herpetology, I do take breaks every now and then to do the other things that give me joy. One of those things being playing cricket for Manley Flats.

Following the game, I did an impromptu snake demonstration for the players and families of Manley Flats. While the snakes were not so well received by some of the players, they were a hit with the kids, who had a great time handling the harmless snakes that I had on hand. In addition to being an amazing place to play cricket, Manley Flats is an amazing place to find snakes, because it resides just 10km from Grahamstown, in the middle of some of the most beautiful thicket in South Africa. 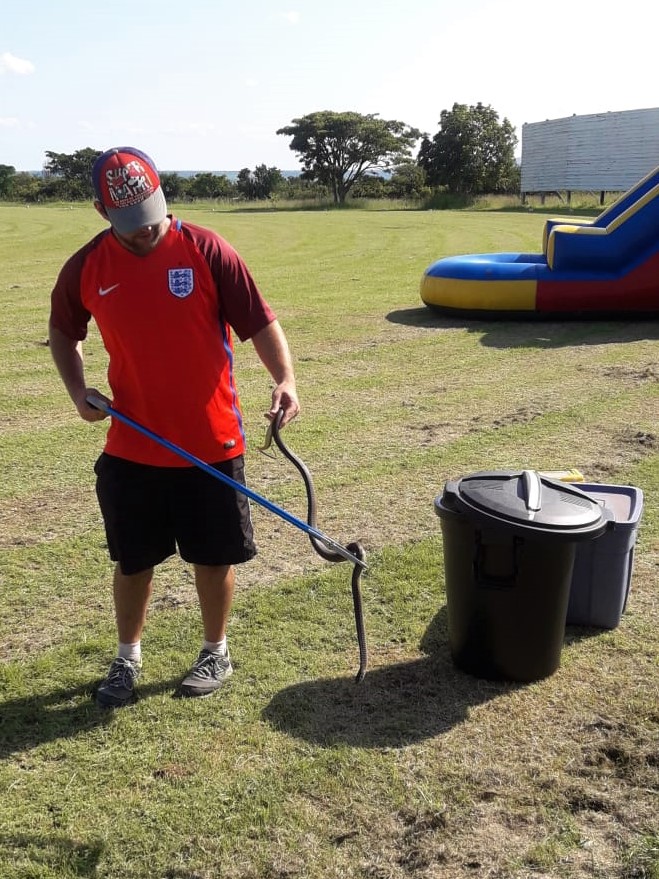