This list contains all the water snakes that can be found in and around water in the Grahamstown area. As the names suggest, this means that these snakes are usually found in close proximity to water because of their diets that mostly consist of frogs, tadpoles and fish. Although not as closely related to water as the other snakes on this list, the red-lipped herald has been listed at the end because it is closely associated with damp, moist areas.

Description: The snake has a plain olive body with smooth scales and a pale, pearl underbelly. The eyes also have elliptical pupils.

Distribution: Endemic to Southern Africa. The species is present in every province except the Northern cape where it is only found along the outskirts of the province.

Habitat: Closely associated with water sources such as dams, streams and rivers where it is often found beneath rocks and debris on the banks of the water sources.

Threat to humans: None.

Interesting facts: The most common water snake in Southern Africa.

Description: This snake has an olive to brown-black body with a cream underbelly. The upper lip is usually spotted and the snake has small eyes with round pupils.

Distribution: Endemic to South Africa. It occurs in the Eastern cape where its range extends up through Kwazulu Natal and into Mpumulanaga and Swaziland.

Habitat: Closely associated with water sources such as dams, streams and rivers where it is often found beneath rocks either on the banks of water sources or in the water itself.

Threat to humans: None

Interesting facts: The largest water snake in the region. During the day, the snake takes refuge under submerged rocks in the water column where it ambushes fish and frogs. 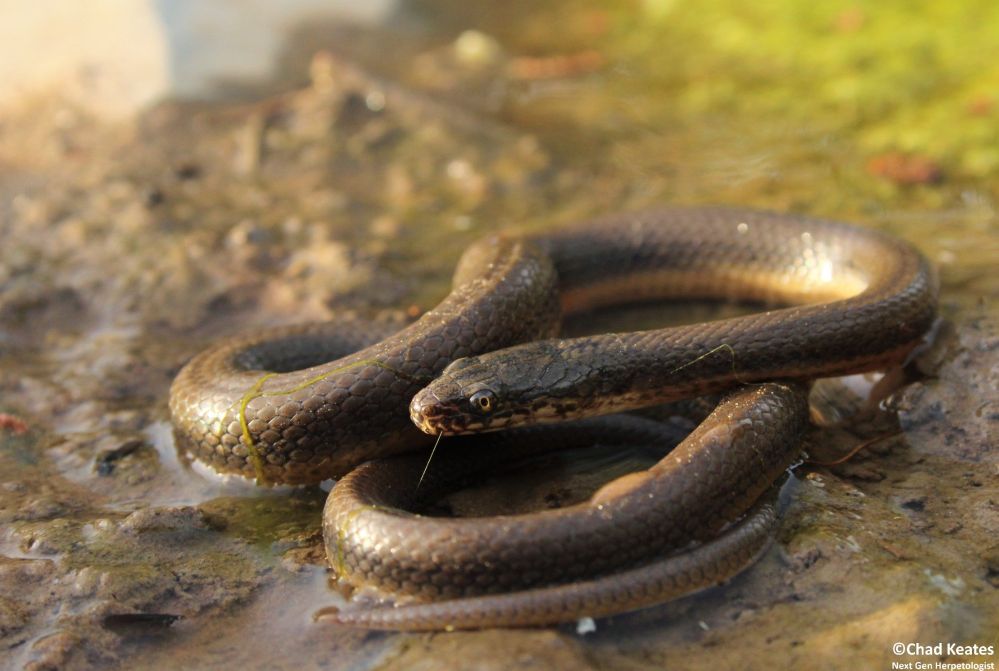 Description: The snakes has an olive body with white flecks. The snake is most easily recognized by its red lip which is absent from some individuals. It has large eyes and vertical pupils.

Distribution:  The species is present in every province except the Northern cape where it is only found along the outskirts of the province.

Habitat:Found in damp areas where it can be found under rocks and logs. It can also be found in termite mounds.

Threat to humans: None, venom is incredibly mild.

Interesting facts: Along with the brown house snake, the red-lipped herald is the most commonly encountered snake in South Africa. The snake also flattens its head and flairs its red lips when threatened. 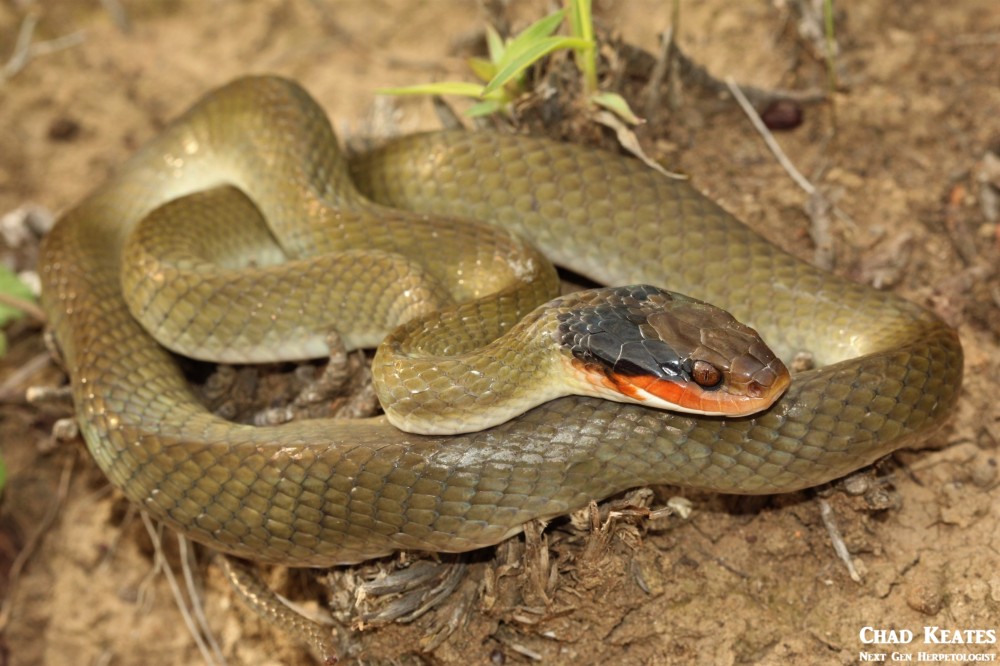 Branch, B. 2016. Snakes and other Reptiles of Southern Africa. Cape Town. STRUIK Nature.