This weekend saw Luke and I on the road again. This time we traveled to a far more magical place – Hogsback, the home of fairies, hobbits and more importantly, Natal black Snakes. We had been to Hogback several months prior and in the grips of winter, we had found many species from a large range of taxa. 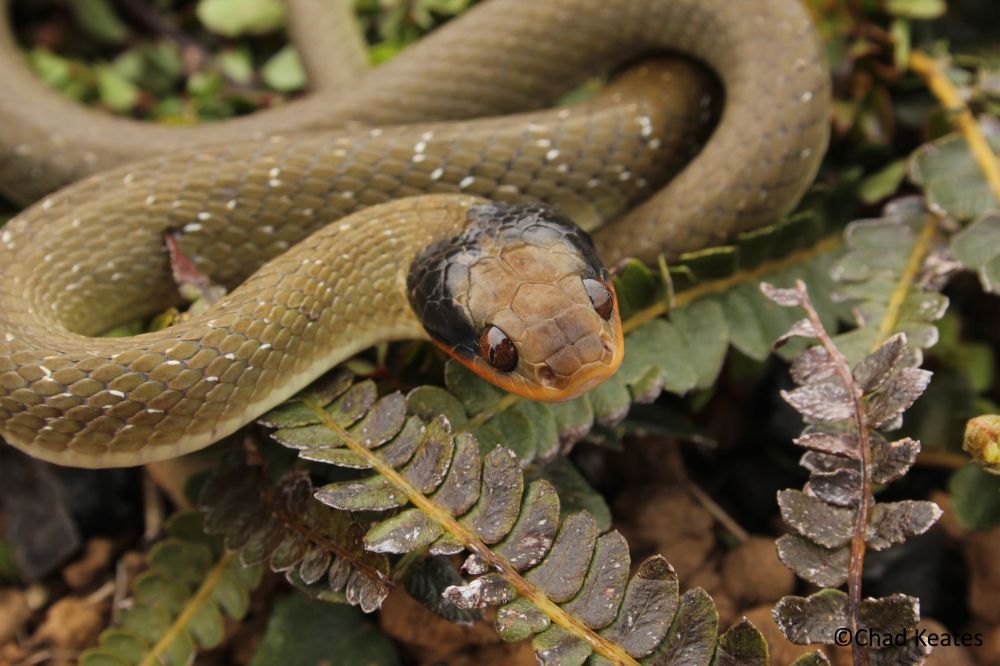 Last weekend held much promise because unlike last time, it was summer. We were in for a big surprise because the first few hours of our expedition were marked by the discovery of only one crab and one frog, meager findings by anyone’s standards.

We traded in the forests and marshlands of Hogsback’s lower reaches and ventured onward and upward in search of the high-altitude species.  Luke found two red-lipped heralds, several clicking stream frogs, and several more scorpions. What I lacked in discoveries I made up for in comic relief, for the journey was filled with many laughs, most of them directed at me. 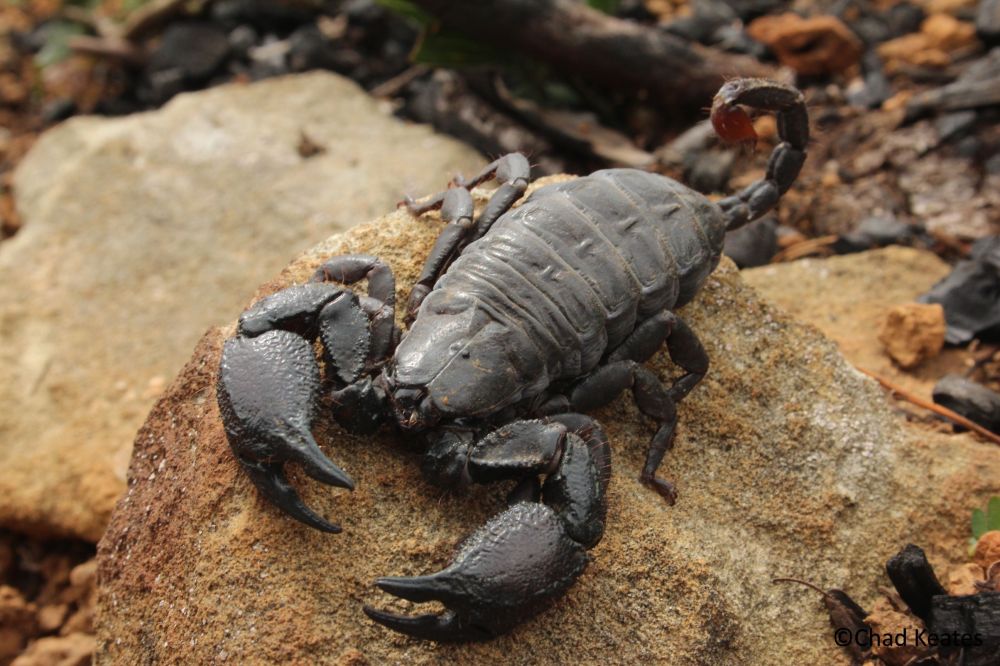 On our expedition through the mountains we were greeted by the sighting of many a lizard. However, few of these touched our fingertips because our recent bout of tick bite fever had made us clumsy and slow on the jig saw puzzle of rocks at the top of the mountain. Species that eluded our camera lens included the Red-Sided Skink, the Drakensburg Crag Lizard. Luke managed a few good shots of the regionally endemic Amathole Flat Gecko, but sadly I did not. Before I could lift my camera to capture her beauty, she was gone, leaving me with just a single blurry picture.  Luke found the whole escapade rather amusing, it’s just a pity he didn’t choke on his pie while laughing at me. 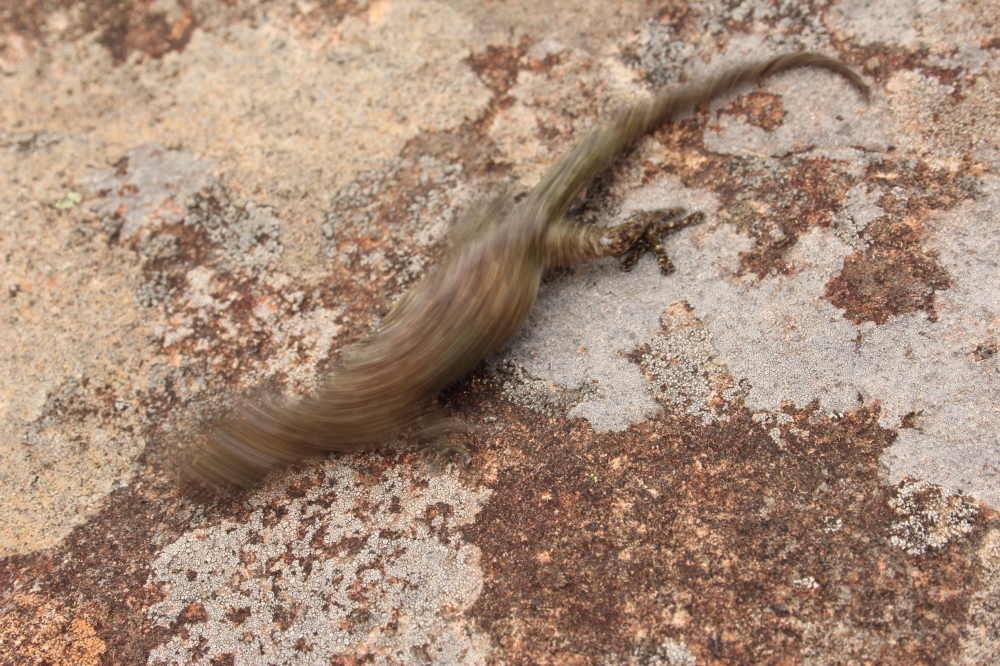 Amathole Flat Gecko in the process of escaping

Soon after the gecko embarrassed me, we were off hiking further up the mountain in search of the berg adder, a species that was recently found in the region. However, we did not reach our destination because soon after setting off, we found ourselves on a dead-end animal path in the middle of a rather dense stand of vegetation. Our navigation error resulted in us having to push through the sharp, unforgiving thorns for quite some time in search of a clearing. After much cursing, and many an ‘ouch’ we found ourselves on a dirt road. We lay down, propped our heads on our backpacks and slept in the middle of the road. Our expedition literally took a ‘dirt nap’, and upon awaking 20 minutes later, we decided to give up on the mountain. We knew we were beat, so we headed back down the mountain and ‘herped’ on the way.

We managed to get a few more species on the way down, and for the first time I felt like I made a significant contribution to the trip. I managed to find two Short-Legged Seps, a beautiful lizard species which I had only ever found in Hogsback.

Soon after taking pictures, we decided to leave. We stopped at a trail on the way out of the town and flipped a few rocks. We hoped for a Natal Black Snake but found only moss. Our trip thus came to an end, and whilst we didn’t find exactly what we were looking for, we still had a great time looking for some pretty exceptional reptiles.