The Methods Behind Genetics 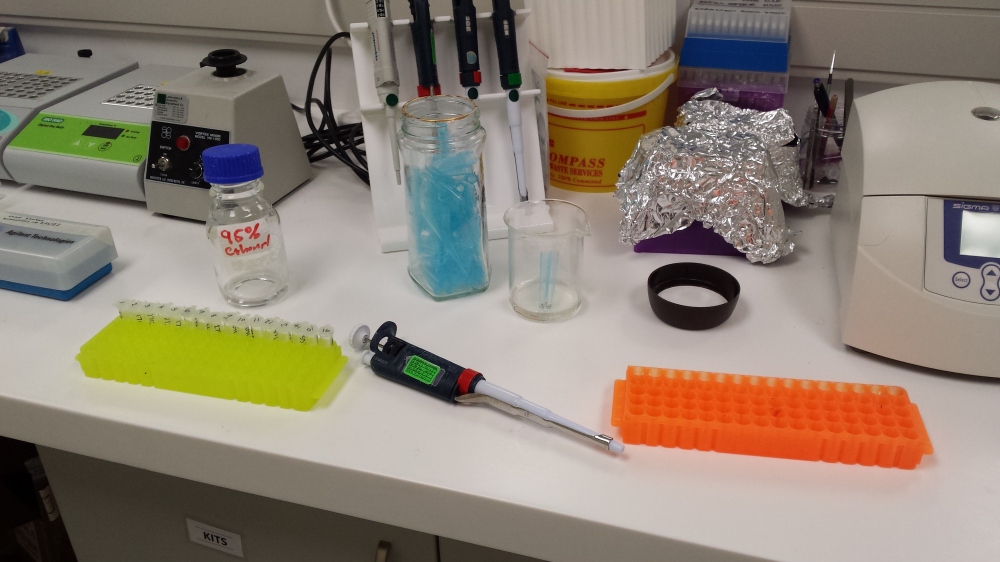 I am doing a genetics project, and whilst I have come to understand the ‘fundamental’ processes which underlie molecular biology, there are many people out there that don’t. This post thus serves the purpose of teaching those of you who interested, just a little bit about what I do and how I do it. I don’t claim to be an expert nor do I claim to be good at it, but bear with me, and maybe you will come to appreciate just how simple this stuff can be.

My project is using the DNA from spotted skaapsteker (Psammophylax rhombeatus rhombeatus)  tail clippings to determine whether the snakes on the east coast, and the snakes on the west coast of South Africa, are different species. I will admit, Genetics is not exactly the most accessible science, but when you peel away the prestige created by ‘full-of-them-self’ scientists and shed your own self-doubt, you will begin to find the methods can be rather simple, and better yet, fun.

Firstly the tissue has to be acquired and this can be done in one of two ways. Either you sub-sample a specimen in a museum (ie: cut a piece of tissue off a preserved animal) or you capture the animal yourself and cut off a piece of tissue. Due to time constraints, I did not capture my own specimens but rather opted to sub-sample museum specimens from the Bayworld museum in the Eastern Cape and SANBI in the Western Cape. Once you have your sub-samples, you have to log the numbers and further sub-sample your original sub-sample. This is done to ensure that there is back-up tissue, in the event that you lose, or contaminate the sub-sample that you are working with. (FYI: I will use the word ‘sub-sample’ more sparingly from here on out) 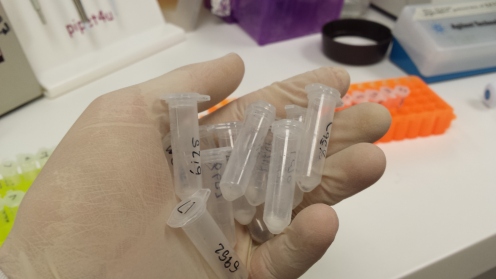 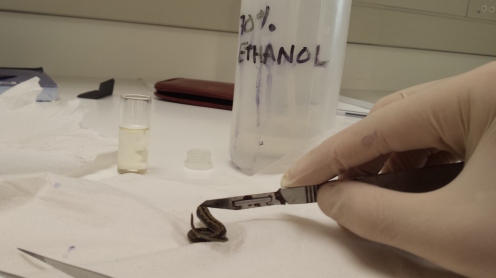 Figure 1: To left-Test tubes, containing DNA samples from spotted skaapstekers across the southern Cape. To Right- A skaapsteker tail being sub-sampled.

Following this, the original sample is returned to the freezer, to preserve the integrity of the DNA for future use, and the sub-sample is extracted. Extraction is the process whereby the the DNA is purified and isolated from all other compounds that may be present in the piece of tissue. This is an integral step, because the more pure the DNA, the more likely it will be translated into a usable DNA sequence at the end of the entire process.Firstly the DNA sample is broken up to expose the DNA, then the fats and proteins inherent in the tissue are broken-up, using salt and detergents and finally, the DNA is separated from the solution using alcohol and centrifugation. Basically, The DNA is isolated and purified. 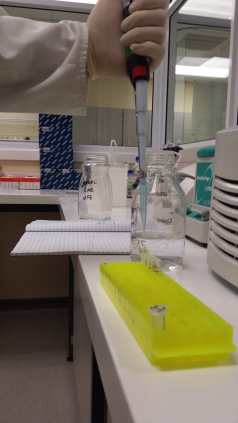 Figure 2: To left- process of adding and removing alcohol in the seperation step of extraction. To Right- Centrifuge used for separating DNA from alcohol

Once extracted, a micro-liter of the DNA solution is removed from the test tube and analysed using a Nano-drop to determine the concentration of the DNA in each test tube. This is done to ensure that the DNA was properly extracted and in addition, enables you to modify the ratio of water and DNA going into the PCR step to optimize the reaction. Once all samples have been nano dropped, the DNA from each test tube is transferred into new tubes and primer, mastermix and water are added to the test tube.

The purpose of a Polymerase Chain Reaction is to amplify the DNA already present in the test tubes and create higher quantities, and longer strands of DNA, that can be analysed in the last step of the process.  The primer which is specific, amplifies a particular gene and the mastermix supplies the building blacks, facilitates the binding process and ensures the right conditions are met for DNA amplification.

In my project, I am analyzing the 16s RNA gene so naturally I used a 16s primer to amplify the gene I was looking for. The entire process takes place inside a PCR machine which cycles the temperatures for specific periods of time in order to facilitate the amplification process inside the test tubes. 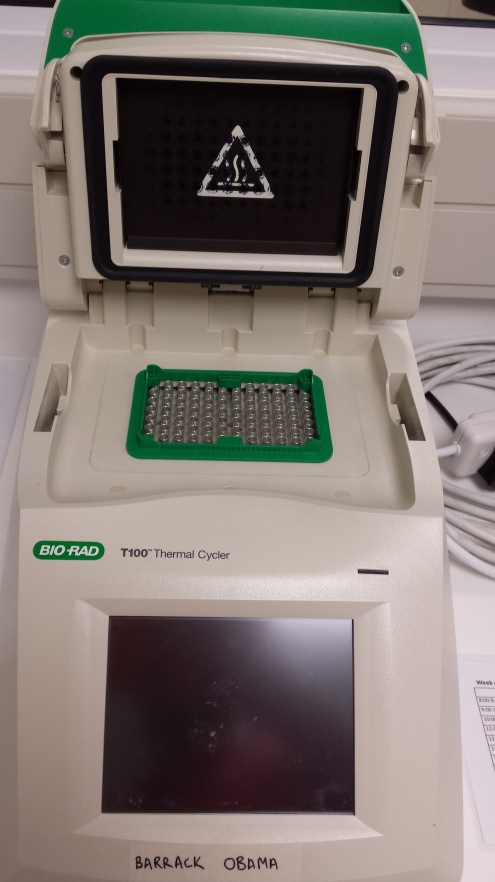 Once the PCR machine has run its course, the test tubes are removed, hopefully containing many copies of the gene you want to sample. To test whether the entire process has worked, the amplified DNA samples from the PCR step are inserted into wells in an electrophoresis gel. When an electric current is run through the gel, the negatively charged DNA molecules are pulled through the gel by the positive charge created on the other end of the gel. The gel is porous so the smaller fragments move further through the gel than the bigger fragments, and thus a ladder of different-sized DNA molecules is created. Once 30 minutes have elapsed, the gel is removed from the gel tank and is placed in a machine that takes a picture of the gel.

If you have have been accurate and everything has worked as it was supposed to, you should get a picture with a row of dark black DNA bands across your gel. A dark band is created if the desired gene has been amplified correctly in a particular sample and a row of bands is created if multiple samples have worked together.

Figure 4: Row 1- Ladder of differently sized DNA fragments, against which you can compare your samples. Row 2-6- Bands created by the presence of large quantities of the 16s gene, which bunch together because they share the same DNA fragment size. Row 7- Blank, contains no DNA and is inserted as control to ensure that no contamination is present. This sample had a little contamination as you can see above

The above picture shows the result of 5 successful extractions, with each dark band representing the amplified DNA of a individual spotted skaapsteker. Seen as though this picture was taken a few months ago, the DNA has already been sent to Macrogen, along with 10 other samples, for sequencing.  I am happy to say that from this batch, 9 out of the 15 DNA samples produced viable sequences, and following the successful acquisition of more sequences from more localities, these samples will be used to determine whether there is a need for taxonomic reevaluation in the spotted skaapstekers.

Figure 5: Example of a sequence showing the bases along a  section of an DNA strand in a spotted skaapsteker.